In 2013, Jenny was guest soloist with the London Gypsy Orchestra for ‘Balkan Organ Carnival’, a heritage lottery funded project in which musician Gundula Gruen was commissioned to write an original composition to celebrate the restoration of the organ at St John’s Church in the heart of Notting Hill. The project was a huge success and Jenny was invited back to perform with the orchestra in 2014.

You can watch the whole concert on the Gypsy Orchestra YouTube channel or watch one of the performances below. 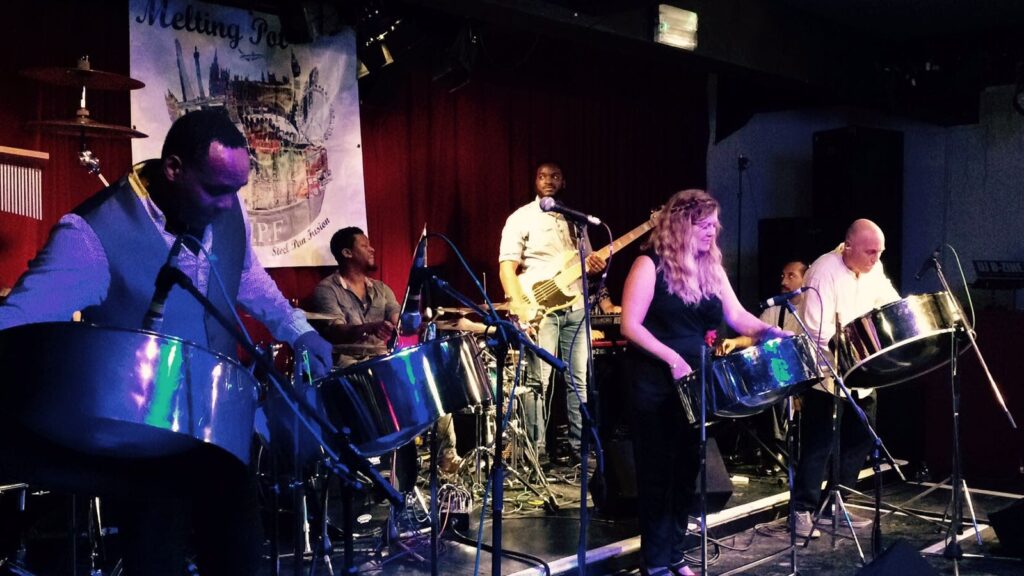 Jenny was invited by band leader, Wade Austin, to perform as guest soloist with Steel Pan Fusion on their UK ‘Melting Pot’ tour. Jenny joined the band as they performed at the Newcastle Arts Centre on the last night of their tour on what can only be described as an electric evening of fusion jazz, with support from Jandem and North Tyneside Steel Band.

See more of Steel Pan Fusion on their website. 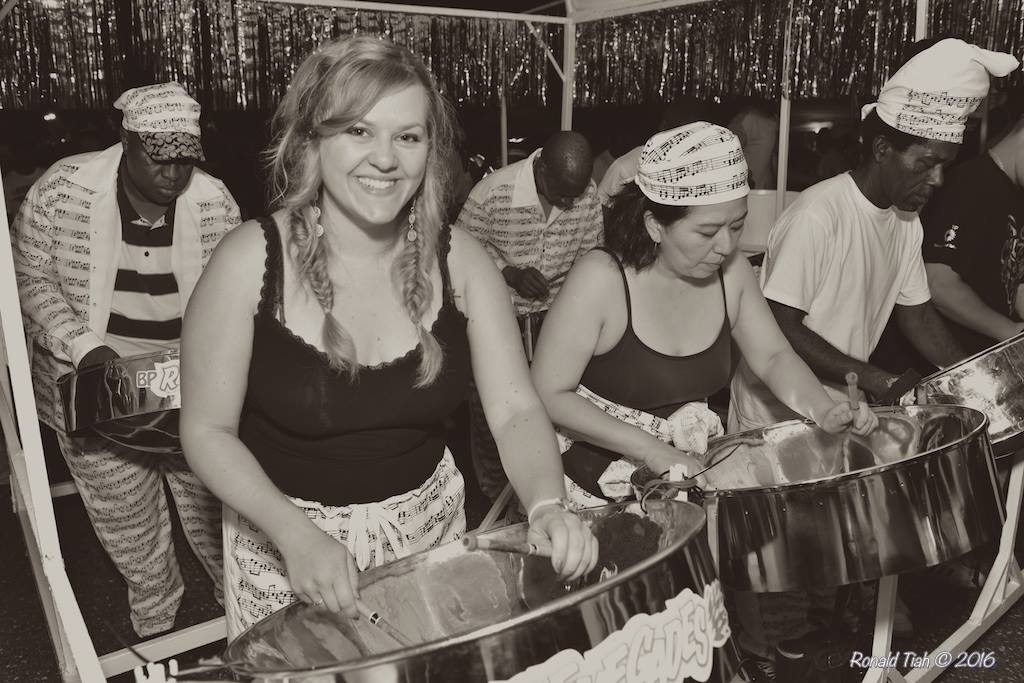 Jenny first ventured to the ‘homeland of pan’ in 2010 and hasn’t looked back since. On that trip she competed in her first Trinidad & Tobago Panorama, playing with Courts Sound Specialists in the Medium Band Category. The band played Ken ‘Professor’ Philmore’s arrangement of ‘Surrender’ and was placed in a very respectable 2nd position. Rehearsing late into the evenings she also competed in the Single Pan Band championships with Trinidad East Side Symphony, playing Carlon Harewood’s arrangement of ‘Pan by Storm’. For a number of years she also competed in the Single Pan Band Category with Curep Polyphonics under arranger Daryl Reid.

Jenny first performed with legendary BP Renegades Steel Orchestra in 2012, playing Duvone Stewart’s rendition of ‘Vibes’. She has been a seasonal panorama player with Renegades for almost a decade and has been part of their exciting journey to victory (panorama champions in 2018 and 2019). During the 2020 covid lockdown she was invited to be part of their ‘Heal the World’ #beatthePandemic project.

In 2006, Jenny was invited to play her first UK Panorama Competition in London with Stardust Steel Orchestra and has competed in numerous panorama championship competitions ever since. She has also performed with Caribbean Steel International and now performs with Ebony Steel Band and Pan Nation Steel Orchestra.

‘Five Pence Game’ is the DIY collaborative electronic project of Ally Morton from Massa Confusa // Clarty Cat Records. Jenny was invited to collaborate on the project and played flute and pan on the digital album tracks, ‘Catch a Feeling’ and ‘No Get Back’. She also performed at the live launch show at Head of Steam, Newcastle. Find out more on their website.

In 2011, Jenny was part of a public art exhibition called ‘Unfinished Business’ at Wallington Hall, a National Trust Property, from August to October 2011. Her multi-disciplinary collection of work explored both the interior and exterior of Wallington’s architecture and beautiful grounds. She exhibited a collection of paintings and also composed a soundscape, ‘Yangtze Remix’, which was played in the Edwardian conservatory. ‘A soundscape puts you in a place by evoking feelings which allow you to create a picture in your head.’

You can view the exhibition at the Unfinished Business website.

Jenny studied for a BA Fine Art degree at Northumbria University, graduating in 2009 with 1st Class Honours. As an artist she has a multi-disciplinary practice and works within visual arts, photography and music. After graduating, she became a Graduate Fellow in the painting department and was then awarded a place on the ‘Graduate Studio Northumbria’ scheme. It was during this time that she had her incredibly inspirational first trip to Trinidad, which stimulated her to create a body of work providing a behind-the-scenes look at the prestigious Trinidad & Tobago Panorama Competition, showcasing everything from a panyard in Laventille to the performance in Queen’s Park Savannah. Her solo exhibition, entitled ‘Laventille’, was held at Moving Gallery in Newcastle during August 2011. Her collection of documentary-style painting and photography was accompanied by a catalogue of panorama videos providing viewers with a context to the imagery. 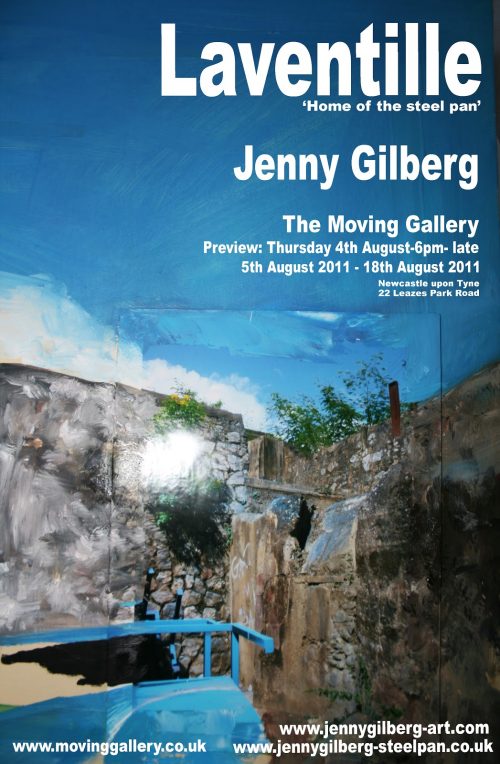